TU/e participates in a number of rankings and ratings in the area of sustainability. These rankings give insight into our progress and help TU/e in the further development of its sustainability policy.

Practice what you teach!

The TU/e Campus, which even now is a green and sustainable campus with a park-like look, is well underway to becoming even more sustainable. Sustainability is visible in our education, our research and on our campus. In 2015 TU/e was climate neutral, and the aim is to be fifty percent energy neutral in 2030. This means that in that year half of our energy will be generated by TU/e itself. 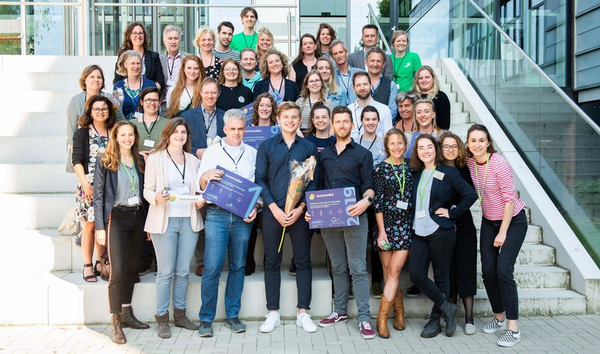 Every year, student organization Morgen organizes the SustainaBul, the prize for the most sustainable institutions for higher education. Click here for the answers to the Sustainabul 2022 questions.

Just like 2018, TU/e has won the SustainaBul 2019, a sustainability award for Dutch higher education institutes. This year’s winner was determined by the best ‘best practice’ of the institutes. For Eindhoven University of Technology this is Team SOLID, a student team that promotes iron as CO2 -free circular energy carrier, and develops technology for this aim.

The TU/e ranks first on in 2018 SustainaBul-ranking. The list ranks Dutch higher education institutions based on the sustainability performance.  The jury praised the university mainly for its student teams working on sustainability projects. One of them is Solar Team Eindhoven, three-time winner of cruiser class of the World Solar Challenge. Another example is TU/ecomotive, with its fully recyclable car. Check news item.

In 2017, TU/e has achieved the second position for the second time, behind Wageningen University. Next to that, TU/e has won the Award for the most iconic project for integrality of research, education and business with the Atlas building on the campus.

UI GreenMetric
In the UI GreenMetric World University Ranking,an international sustainability ranking for universities, TU/e attained the 36th position in the general ranking in 2013. This makes TU/e the most sustainable of the four participating Dutch universities. TU/e has been awarded for being one of the most Green and Sustainable Higher Education Institutions in the World, by Coolmyplanet.org. TU/e received a Environmental Sustainability Certificate.

Check out the top 50 of the most green and sustainable universities in the World.

ISCN
In 2012 TU/e was the first Dutch university to join the prominent International Sustainable Campus Network. This network provides a platform for the exchange of ideas and best practices to universities that want to be pioneers in sustainability. TU/e reports on its progress to the ISCN every year