I always had the ambition to start a company. I just like to create things.

So begins Tim Wilschut, co-founder of the start-up Ratio Computer Aided Systems Engineering and an alumnus of the TU/e High Tech Systems Center. Founded in September 2018 with Tiemen Schuijbroek, Ratio has one main ambition: to make life easier for the more than 120,000 engineers in the Netherlands who are faced with ambiguity and inconsistency in design projects each day. In this article Tim shares his challenges, breakthroughs and the role that education played on his journey.

Today’s engineering systems are complex, and that’s putting it lightly. From cellphones through to airplanes, every system is comprised of thousands of components that need to work in constant coordination. At the same time, engineering documents are written mostly in natural language, leaving the door wide open to ill-informed decisions that delay projects or exceed their budgets. “What typically happens,” explains Tim, “is that people start describing a component and it’s called A at some point, then a few pages later it’s called B. Another 10 pages later, it’s called C.” As an example, he points to Airbus’s A380 ‘superjumbo’, in which incompatibilities in the design of electrical harnesses caused a two-year delay and an extra 8.5 billion euros in costs. This is where Ratio comes in.

“We provide [engineers] with tools to write highly-structured design specifications, so they have to write following a fixed grammar and syntax, similar to how you would write a programing language like Python or C,” Tim says. “Except our language is natural language-based, so you can write in full sentences. Because it has a fixed structure, we can check the consistency with algorithms.” Errors can be filtered out with the press of a button, helping engineers to structure their requirements. This structure also enables users to automatically derive the dependencies between components, functions and requirements from the specification itself. Tim: “Instead of going through those long, linear documents, they have a visual representation of those documents, so that really helps in simplifying the communication and coordination within a design project.”

As any new business owner would tell you, challenges are plenty. For Tim, these have something of a dual nature. “The biggest hurdle is that to use our technology, customers have to learn the language. They have to invest time in it,” he says. “Currently, because we’re so new, we don’t have real pilot projects to show that it actually works in a full-scale commercial environment.” Developing these pilot projects is an ongoing focus area for Ratio, vital in convincing potential customers that they will indeed see a reduction in ambiguity. 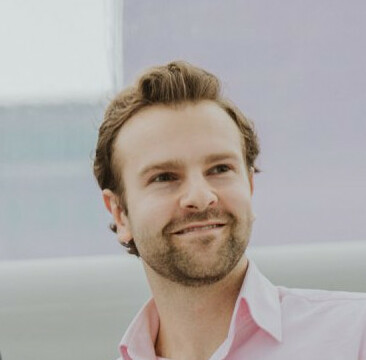 “Luckily, we now have an Innovation Agreement with VDL ETG and Ton Peijnenburg, a Fellow of the High Tech Systems Center. Via my PhD, I got to know him and he was actually a member of my PhD committee. He was probably one of the few people who actually read my thesis!” Tim laughs. “That helped in getting this project, which was really important for us.”

As for the technical side of things, some of the work was already done – Tim developed the core algorithms as part of his PhD research, funded by Rijkswaterstaat. However, an infrastructure still needed to be set up so that companies could use them to store and share files. “There’s a lot of things which are open-source, but you have to integrate them and combine them,” says Tim. “That’s a bit of a technical challenge, especially as we’re a new company that hasn’t done that before.” Python, with its strong open-source community, proved to be a useful foundation.

These challenges have certainly paid off, as Ratio was recently named the winner of the first ever Golden Lightbulb Challenge. In this joint-initiative of Bright Move and the TU/e Innovation Lab, start-ups presented themselves to a jury and the public over three rounds and competed for a grand prize of 10,000 euros. A key component of this was training sessions, in which weekly lectures were given by experienced guests on themes such as human resources, trademarking and tax.

For Tim, Ratio has been the cumulation of many years of hard work, having done his master’s degree on this very topic. “While doing my graduation project at TNO, I saw that the technology had potential but that it wasn’t yet far enough to start a company with,” he explains. “And then the opportunity came by to do a PhD on the same topic, in combination with Rijkswaterstaat.”

When looking back on his time at HTSC, Tim recalls regular technological and conceptual discussions with his supervisors, Pascal Etman and Koos Rooda, as something which continues to help him today. “At Ratio,” says Tim, “we introduce something new, so that requires some discussion on how it works, why we made certain choices, what the benefits are.” As their customers often have decades of experience in the field, the ability to dive deeply into an issue is often a necessity.

“The most important thing I learned,” he continues, “is to really listen to your customers. You could call it ‘soft skills’. In the end, you can have a great technology, but if you cannot convince other people that it’s actually great, it’s pretty useless.” Tim also looks back fondly on the involvement of Rijkswaterstaat, with which he did a nine-month study prior to his PhD and which has since become Ratio’s first customer. “For them, it has been quite a successful project as the knowledge (the development of which has been financed by them at the university) helps them to solve their own challenges and has actually led to a new business and new innovations, which in time may benefit the Dutch economy as a whole.”

In the beginning, Ratio was primarily focused on the infrastructure domain, in which clarity of language is crucial due to the need to communicate instructions to many different contractors. However, with the expansion into the high-tech domain through the work with VDL ETG, Tim foresees exciting developments for their technology. “In the high-tech domain, they view it as a real design tool. During the design process, they expand their specifications and, each time, they use the models to motivate their decisions and do real analysis,” he says. It’s in this area that Ratio is ultimately expected to find the most users.

In the meantime, Tim feels a great sense of satisfaction simply to have gotten the company up and running and to have found its first customers – all without a pilot project, entrepreneurial experience or name recognition. “In the last year, I became a father, I bought a house, I finished my PhD and I started a company. It’s quite a challenge within a year!” he smiles. “That’s what I’m really proud of.”