Doruk Sahinel completed research on game theory and radio networks as part of a dual degree agreement with Technische Universität Berlin and defended his PhD thesis on January 12th.

Three processes look set to shape the future of the internet beyond 5G; namely the union of optical and millimeter wave (mmWave) radio networks to boost mobile internet capacity, the merging of machine learning solutions and communication technologies, and the combination of virtualized and programmable network management mechanisms towards fully integrated autonomic network resource management. With the aim of enhancing the prospect of optical-radio transport, for his PhD research which was completed as part of a dual degree agreement with Technische Universität Berlin, Doruk Sahinel explores game theory-based learning models to define the interactions between inter-network domains and between the network and the external stakeholders such as users and services to optimize resource allocation. 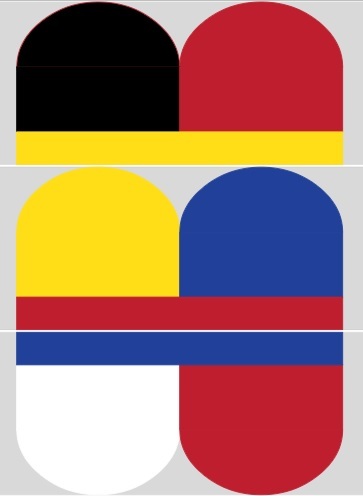 The ultimate objective of Doruk Sahinel’s research, which was carried out in collaboration with colleagues at TU/e and Technische Universität Berlin, is to provide a realistic guideline for the optimization of millimeter wave (mmWave) transport and radio resource use so that mmWave network implementations can be deployed in a cost-efficient manner.

Sahinel’s results provide key insight with regards to how autonomous and distributed decision-making can improve network resource management, and how network solutions for capacity enhancement can be exploited in an optimal way with game-theoretical algorithms. For joint access and fronthaul optimization, access - fronthaul interaction is defined as a coalition game for aggregate demand on the access side.

I believe that my own journey of the dual degree should be considered as a successful application of a game theory, as I managed to maximize my scientific utility by forming a coalition between the expertise of the Distributed Artificial Intelligence Laboratory (DAI-Labor) of TU Berlin on machine learning and the expertise of Quantum and Terahertz Systems (QTS) group on the physical architecture and the implementations of millimeter wave (mmWave) networks. On top of the scientific experience, I also enjoyed the cultural experience of living in two different countries during my PhD journey. 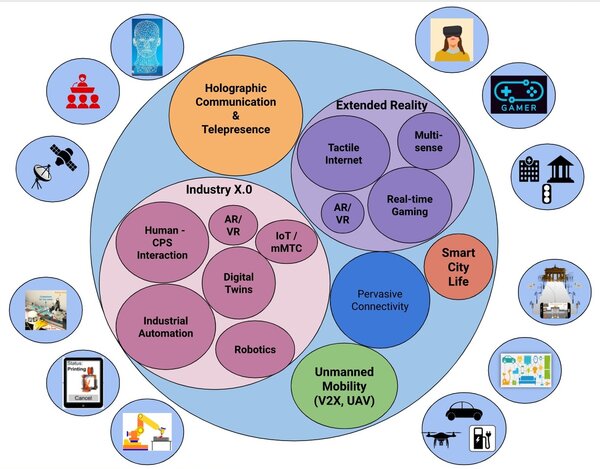 Thanks to the movie A Beautiful Mind, which focuses on the biography of 1994 Nobel prize winner mathematician John F. Nash, game theory was in the mainstream in 2001[1], but actually game theoretic methods have been dominating many fields of science such as economics, computer science, and political science for almost half a century. The theory helps us to model the interactions between decision-makers with common or conflicting interests, by defining the players, the actions available to these players, and the type of interactions between them. Game models are much needed in future networks, as different user distributions and service requirements bring a dynamic side to network demands.

The target of Sahinel’s research is to provide a game model that achieves dynamic bandwidth allocation with no fixed commitment of fronthaul resources and adapting to dynamic user load. This is achieved with a bankruptcy game model in cases when the total available bandwidth due to network traffic fluctuations with changing user demand. On the access side, radio access nodes form a coalition and cooperate improve their utilities by cooperative resource sharing, just like a football team trying to cooperate and maximize their utility to win a tournament.

An example of how the group interactions should be managed in a rational way is also explained in the famous bar scene of the movie: https://www.youtube.com/watch?v=LJS7Igvk6ZM

Infrastructure sharing is made possible with the help of virtualization technologies, and this transformed the network architecture into a novel stakeholder called the infrastructure provider.

Even though profit generation was always a factor in performance optimization for network operators, the shift in the architecture with network virtualization makes dynamic revenue gains an apparent performance criteria for resource allocation.

In another experiment, Sahinel considers virtualized optical network resources from this profit generation perspective with a game, in which providers bid to share the optical transport network and the infrastructure provider applies a Vickery – Clarke – Groves (VCG) auctioning mechanism to provide a social-welfare maximizing outcome. The main objective function of a VCG mechanism is to find the path allocation that maximizes the total sum of all players' valuations.

Simultaneously, users have the option to switch between service providers for user utility maximization. The outcomes of user decision-making with blind search and guided search algorithms are also presented for this switching option.

As new deployment spaces spread across the world with private networks of organizations and the industry, novel use cases ranging from rapidly deployable edge networks for emergency services to electricity grid control and energy systems optimization, beyond-5G and 6G networks extend the scope of network management with multiple actors and decision makers.

Furthermore, the underlying technologies such as deploying wireless bands in THz frequencies and analog/hybrid beamforming solutions to realize Tbps transport bring new properties and requirements into the network management picture. Learning-based and autonomous network management solutions create opportunities to resolve conflicting goals between various stakeholders such as the private network and infrastructure owners, network users, application developers, and the regulatory bodies in governmental and global scale.

It can also provide a concrete framework to base future research on overcoming the challenges in improving the KPIs, maintaining the quality of network service, and optimization of distributed network management processes. Thus, this research on autonomous network management frameworks has the potential to drive novel solutions and enable a higher degree of adaptation and interoperability among various applications and technologies.