Machine learning helps in predicting when immunotherapy will be effective

Immunotherapy and machine learning join forces to help the body’s immune system crack one of its greatest mysteries – how to find hidden tumorous cells in the human body.

Our immune system is tasked with a key role – find and eliminate foreign invaders such as bacteria or viruses, but it also works to take out threats inside the body such as cancer. Cancer cells though have developed clever ways of avoiding destruction by switching off immune cells during their search. Immunotherapy can reverse the process, but it doesn’t work for all patients and cancer types. Researchers at Eindhoven University of Technology have turned to machine learning to solve the riddle. Thanks to a small trick, they’ve created a model to predict if immunotherapy will work for a patient. The model even performs better than current clinical approaches. This innovative new work has been published in the journal Patterns.

When it comes to defense, the body relies on attack thanks to the lymphatic and immune systems. The immune system is like the body’s own personal police force as it hunts down and eliminates pathogenic villains.

“The body’s immune system is very good at identifying cells that are acting strangely. These include cells that could develop into tumors or cancer in the future,” says Federica Eduati from the department of Biomedical Engineering at TU/e. “Once detected, the immune system strikes and kills the cells.”

But it’s not always so straightforward as tumor cells can develop ways to hide themselves from the immune system.

“Unfortunately, tumor cells can block the natural immune response. Proteins on the surface of a tumor cell can turn off the immune cells and effectively put them in sleep mode,” says Oscar Lapuente-Santana, PhD researcher in the Computational Biology group.

Fortunately, there is a way to wake up the immune cells and restore their antitumor immunity, and it’s based on immunotherapy.

Immunotherapy is a cancer treatment that assists the immune system in its fight against cancer cells. One type of immunotherapy involves immune checkpoint blockers (ICB), which are drugs that tell the immune cells to ignore the shutdown orders coming from cancer cells.

The discovery of ICB has been revolutionary for cancer treatment, with James P. Allison and Tasuku Honjo jointly awarded the 2018 Nobel Prize in Physiology or Medicine for their work on ICB.

Although ICB has been successfully used to treat plenty of patients and different cancer types, only one-third of patients respond to the treatment.

“ICB has had a big impact, but it could be bigger if we could figure out quickly which patients are most likely to respond to the treatment,” says Eduati. “And it would also be great if we could understand why other patients are not responding to ICB.”

To solve this problem, Lapuente-Santana and Eduati, along with colleagues Maisa van Genderen (TU/e), Peter Hilbers (TU/e) and Francesca Finotello (Medical University of Innsbruck), turned to machine learning to predict how patients might respond to ICB. Their work has just been published in the journal Patterns. 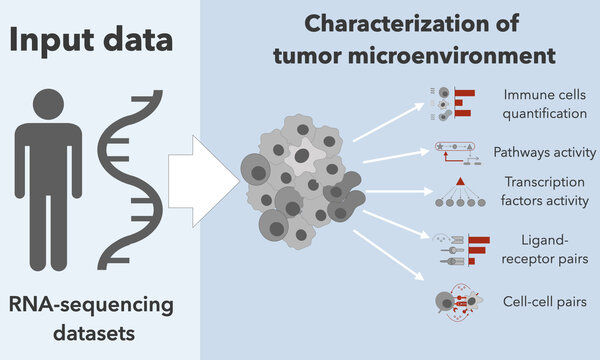 To predict whether a patient will respond to ICB, the researchers first needed to find particular biomarkers in tumor samples from the patients.

"Tumors contain more than just tumour cells, they also contain several different types of immune cells and fibroblasts, which can have a pro- or anti-tumour role, and they communicatie with each other”, explains Lapuente-Santana. “We needed to find out how complex regulatory mechanisms in the tumor microenvironment affect response to ICB. We turned to RNA-sequencing datasets to provide a high-level representation of several aspects of the tumor microenvironment.”

To find the right mechanisms that could serve as biomarkers to predict patients’ response to ICB, the team searched the microenvironment of tumors using computational algorithms and datasets from previous clinical patient care.

“RNA-sequencing datasets are publicly available, but the information about which patients responded to ICB therapy is only available for a small subset of patients and cancer types,” says Eduati. “So, we used a trick to solve the data problem.” 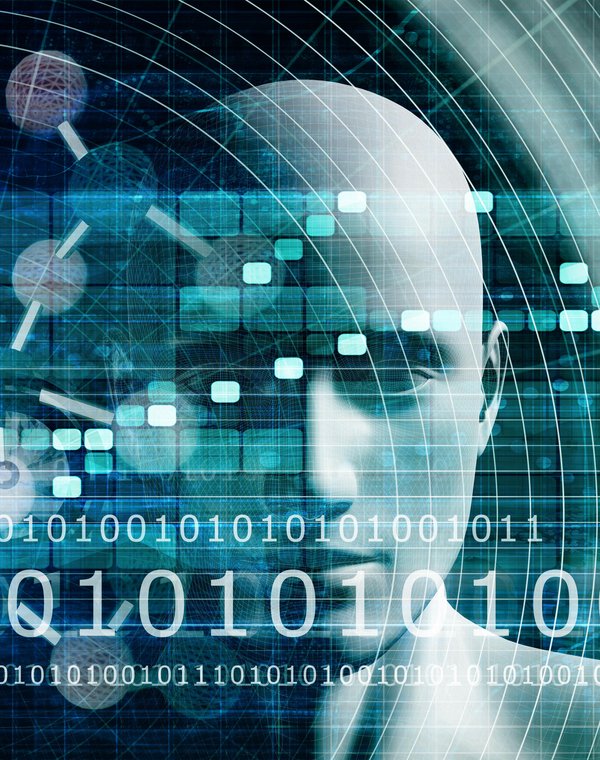 For their trick, instead of looking for the actual biological response to ICB treatment, the researchers picked out several substitute immune responses from the same datasets. Despite not being the primary response to ICB, together they could be used as an indicator of the effectiveness of ICB.

Thanks to this approach, the team could use a large public dataset with thousands of patient samples to robustly train machine learning models.

“A significant challenge with this work was the proper training of the machine learning models. By looking at substitute immune responses during the training process, we were able to solve this,” says Lapuente-Santana.

But why are Eduati, Lapuente-Santana, and their colleagues turning to mathematical models to solve a medical treatment problem? Will this replace the doctor? “Mathematical models can provide a big picture of how individual molecules and cells are interconnected, while at the same time approximate the behavior of tumors in a particular patient. In clinical settings, this means that immunotherapy treatment with ICB can be personalized to a patient. It’s important to remember that the models can help doctors with their decisions on the best treatment, they won’t replace them.” says Eduati.

In addition, the model also helps in understanding which biological mechanisms are important for the biological response. Understanding and identifying the mechanisms that mediate ICB response can guide how best to combine ICB with other treatments to improve its clinical efficacy. However, this will first require experimental validation of the identified mechanisms before translating these results to clinical settings.

The machine learning approach presented in the paper was also used by some of the researchers to take part in a DREAM challenge called 'Anti-PD1 Response Prediction DREAM Challenge'.

DREAM is an organization dedicated to running crowd-sourced challenges involving algorithms in biomedicine. “We came first in one of the sub-challenges and competed under the name cSysImmunoOnco team,” adds Eduati.

Our immune system might be an efficient detective and disease hunter, but every now and then it needs a helping hand to eradicate elusive villains like cancer cells. Immunotherapy using immune checkpoint blockers is one such approach, but it doesn’t work for everyone.

Lapuente-Santana, Eduati, and colleagues have certainly dared to dream, and their work could prove pivotal in quickly identifying those who could be successfully treated with ICB in the future.

Thanks to machine learning, the researchers hope to rapidly deliver proper and effective cancer treatments to specific patients.

And for some cancer cells, it means that there could be no place to run, and no place to hide.